The Thing About Mondays 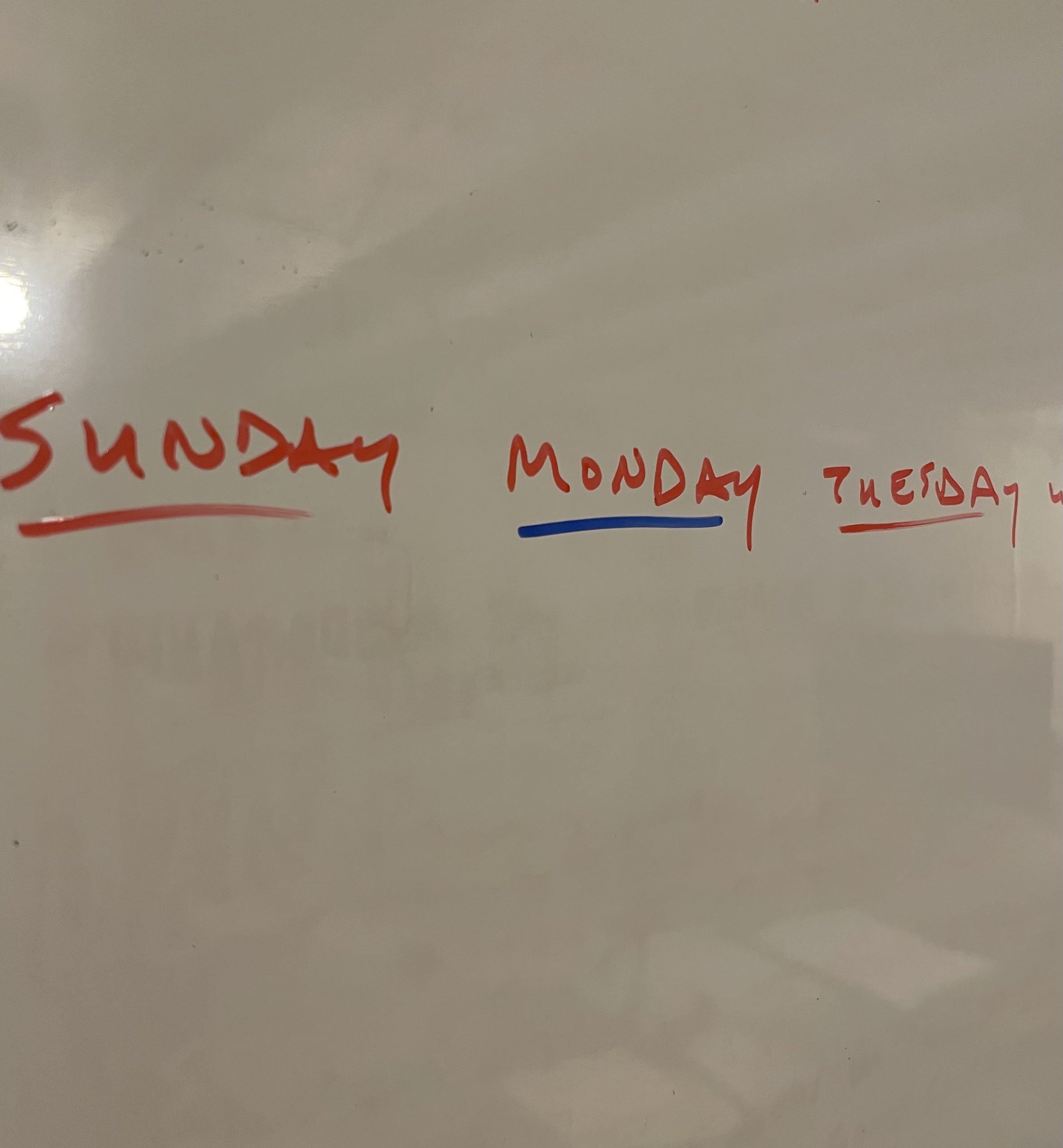 Why do we hate Monday?  Why is the thought of the start of a new week so threatening and the weekend so alluring? Why have songs been written about Manic Mondays and Living for the Weekend?

And why do bars offer specials on Sunday afternoons so that a ragged tired workforce can drown their sorrows before starting a new week?

Is it fear?  Is it discomfort? Is it just the popular thing to do?  Everyone else hates Mondays so I might as well too?  What is it?  It’s just another day. There are seven every week and Monday comes like clockwork every time. You can literally set your watch to it.

My Monday story started out with bullying. I was terrified to go to school. I didn’t want to get bullied. I didn’t want to leave the safety of home. I didn’t want to face the other kids. I can’t imagine what life would have been like if home wasn’t a safe place. My heart goes out to those of you who grew up in a home that wasn’t safe.

My fear of Mondays grew and stuck with me throughout high school, college, grad school, and into the real working world. And it was real. And it was paralyzing. And I couldn’t beat it.

In grade school I was told I wasn’t good enough so I believed it. And I promised myself I would be good enough that I would always get picked. And a 40-year-old is just a grown-up scared little kid. So I still had to prove myself. And Mondays were always a reminder.

Until I flipped the script and realized I couldn’t be everything for everyone. And I didn’t have to be. And that I could be released from trying to be that guy. That and about a dozen more habits that broke me out of the self-sabotaging pattern I had been in. I flipped the script.

Have you tried flipping the script?  Could you see Monday as an opportunity instead of a curse?  To see it as simply one of the seven days of the week?

It’s hard to #WINtheNOW when we are already defeated when the week starts. What small inputs could you make to change your mindset and see Mondays differently? A new week. New opportunities. New reasons to be grateful. Little changes. Big results. You got this!