You Can Learn A Lot From A Tree. 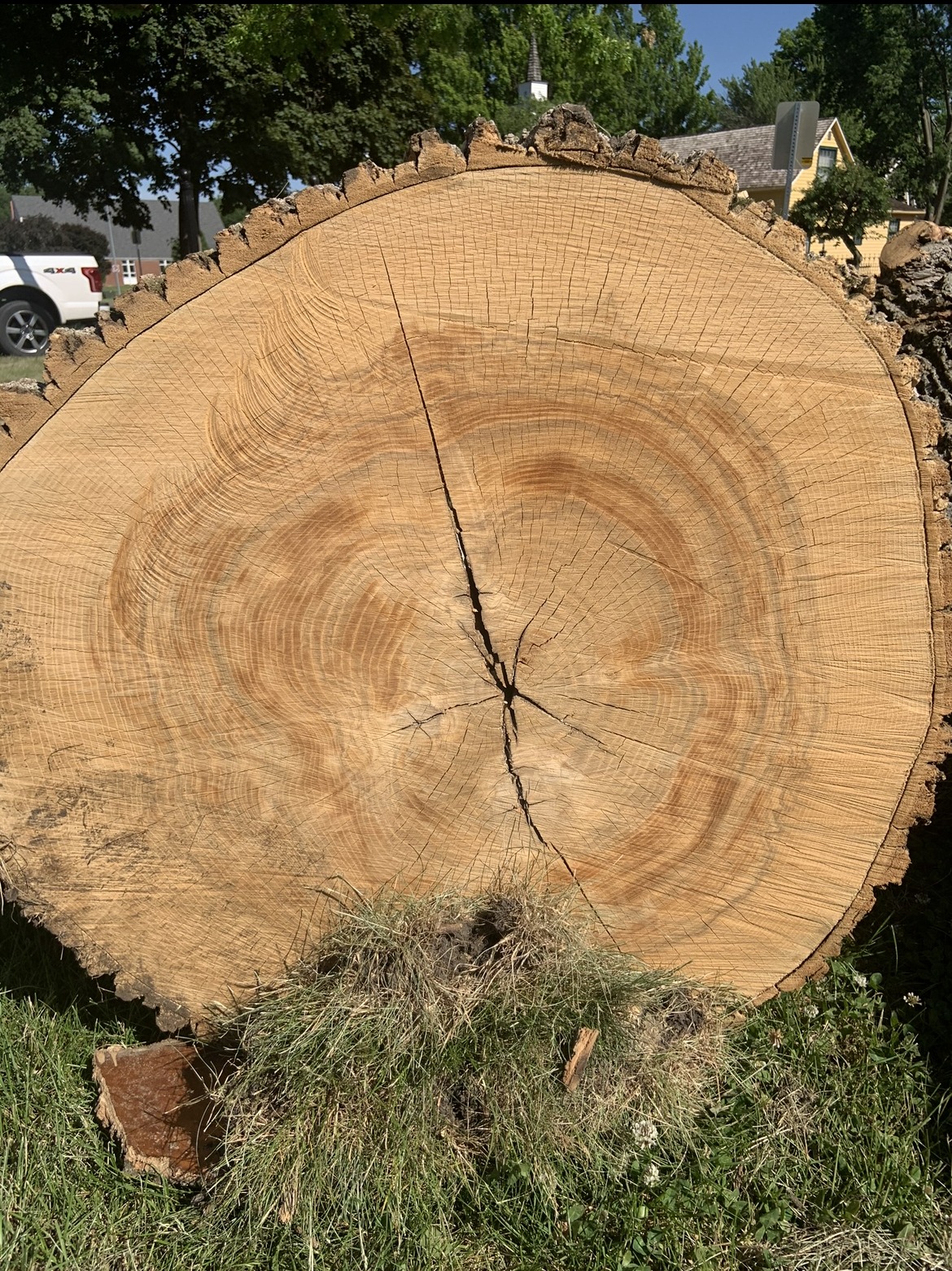 The fabulous Amy Recker and I purchased our home in January of 2020. It was a beautiful 1940 Tudor home in need of some serious TLC and removal of seven layers of wallpaper upstairs. Yes. One layer was creepy pink doll wallpaper. Quite a surprise when we uncovered that layer! Thanks again to my parents for the hours and hours and hours of scraping.

In front of the house were two gorgeous seventy-foot-tall ash trees. They were majestic and framed this small home very well.

I think you may know where this is going- especially if you have seen our home. One of the ash trees had lost a couple limbs and, well, it was an ash tree. We couldn’t risk the next massive limb falling on our home. Especially after one of those limbs smashed one of our contractors while they sat in their car- way too close.

So we took it down- crane and all. It was quite a (expensive) process. But we were thankful for the help and certainly couldn’t have done it ourselves.

As we pondered what to do with the house and landscaping it became apparent that we were on borrowed time with the other tree. The ash borer is not on my list of my favorites of God’s creatures.

So we had it taken down. Mostly because we didn’t want to have to destroy our landscaping in the future. I know- super efficient, right? Have the tree guys come back a second time with their crane and equipment?!?

They came and did their thing and I came to see what was left. I was struck as I surveyed the remaining tree stump. I counted the rings. Sure enough. 80. Exactly the age of the house. 1940.
So beautiful to see the intricate design. The pattern. The unique look that no other tree would be able to replicate identically. The perfection and uniqueness of God’s creation.

The real lesson, however, was in the rings themselves. Bigger rings. Smaller rings. Very small rings. Irregular rings.

In all of, the lesson was also to never forget the one who is with you in all of the seasons. In the seasons of plenty don’t forget to put down deep roots so you can stand in the tough seasons. Take the time. It’s worth the investment.

And don’t ever lose hope. In the leaner times, the good stuff could be just around the corner. Please don’t ever give up. #WINtheNOW mindset reminds us to believe that good days truly are ahead! And that is as good of a reason for hope as I know!

Seasons of plenty. Seasons of not so much. And the one who created the seasons. You can learn a lot from a tree.